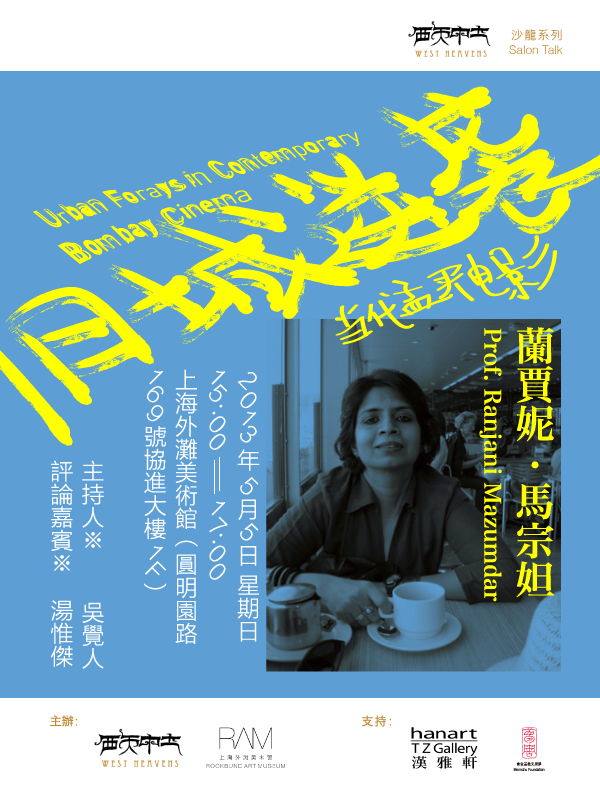 This audio-visual talk will provide an account of the different imaginations of the city present in contemporary Bombay Cinema. The talk will first provide a historical account of cinema’s relationship to urban spaces as it evolved since independence and subsequently focus on what is now identified as a 21st century experience of the city after globalization. The talk will follow three distinct sites of investigation on the contemporary: changes in film exhibition practices, the emergence of the retro city and the spatial economy produced by surveillance.

Indian cities in the last two decades have witnessed major transformations. The rise of innovative architectural designs, new forms of infrastructure and the ubiquitous presence of technological gadgets have marked this moment as globalization. This transformation has created a dense visual and aural landscape in which the sound of the cell phone follows us everywhere along with new surfaces and objects that pervade the city. It is this juncture that has triggered off a cinematic re-visiting of Bombay’s pre-globalized urban form through a retro imagination on the one hand and a surveillance gaze on the other. The retro films draw on perceived notions of the recent past to specifically design a city devoid of the signs of the present. There is a fascination with outmoded or obsolete technology, older forms of home decor, fashion and accessories. In the surveillance films however new technologies crowd the frame. Through these different approaches Prof. Mazumdar will lay out new urban forays that have emerged in the Multiplex era.