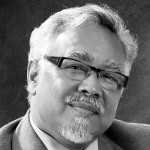 Prasenjit Duara is Raffles Professor of the Humanities and Director of Research in Humanities and Social Sciences at the National University of Singapore and emeritus professor of History at the University of Chicago. He is the author of several books on Chinese and East Asian history including Culture, Power and the State: Rural North China, 1900-1942 (Stanford 1988), which won the Fairbank Prize of the AHA and the Levenson Prize of the AAS. His other books are Sovereignty and Authenticity: Manchukuo and the East Asian Modern (Rowman and Littlefield 2003), Rescuing History from the Nation (U Chicago 1995), The Global and the Regional in China’s Nation-Formation, (Routledge 2009) and an edited volume on Decolonization (Routledge, 2004). His work has been widely translated into Chinese, Korean and Japanese. Duara has also contributed to volumes on historiography and historical thought including “Transnationalism and the Challenge to National Histories,” in Re-thinking American History in a Global Age, ed. Thomas Bender (U California, 2002). At present he is working on Transcendence in a Secular World: Religion and Modernity in the non-Abrahamic traditions of Asia and Hong Kong during the Cold War.