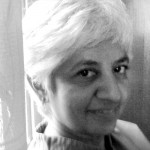 TEJASWINI NIRANJANA is currently Professor and Head of the Department of Cultural Studies at Lingnan University, Hong Kong. She studied English and Aesthetics at the University of Bombay, and Literature at the University of California at Los Angeles. She taught for ten years in the English Department of the University of Hyderabad before moving to Bangalore to help set up the Centre for the Study of Culture and Society (CSCS) in 1998 which until 2014 offered an innovative PhD in Cultural Studies, the first of its kind in India. Her publications include Mobilizing India: Women, Music and Migration between India and Trinidad (Duke University Press, 2006) and Siting Translation: History, Post-structuralism and the Colonial Context (University of California Press, 1992). She has co-edited Interrogating Modernity: Culture and Colonialism in India (Seagull Books, 1993) and Genealogies of the Asian Present: Situating Inter-Asia Cultural Studies (Orient Blackswan, 2015). She has co-produced, with Surabhi Sharma, the films Jahaji Music: India in the Caribbean, and Phir se Samm pe Aana (Returning to the first beat), a 2017 documentary on Hindustani music in Mumbai. In 2015, she curated an exhibition in Mumbai titled Making Music-Making Space. At the 11th Shanghai Biennale, she and Surabhi Sharma showed a video installation titled Riyaaz (Practice). Her most recent books are Musicophilia in Mumbai: Performing Subjects and the Metropolitan Unconscious (Duke University Press, 2020), and the edited volume Music, Modernity and Publicness in India (Oxford University Press, 2020).